Security Systems – How They Work 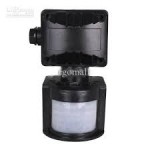 For most people keeping their family safe is paramount. Another major issue is ensuring that your possessions and property are securely protected. Both of these can be achieved by employing suitable security systems to act as both a deterrent and also a means to capture any intruders. The chances of a burglar entering a house or any commercial building is minimised with the installation of various types of protection system. Most thieves are generally risk-averse people, they do not want to be caught by the police, and so would avoid a house that is fitted out with an alarm system of some kind or surveillance security cameras. If a crook can easily see that a building has this type of protection system, then the chances are that they will move onto another possible property which is less well protected.

How does a security system work?

A basic alarm system consists of a console or keypad at the entrance. We have all seen these in various places. The alarm is activated by typing in a code into the system or simply entering a key. Entry back into the building can be made by various means depending on the technology of the device that has been installed. This can be pushing a key on the console, a security code, a swipe card or on more advanced systems there can be fingerprint or iris recognition scanning. Upon re entry there is a small time gap provided to dis-arm the alarm system. Failure to de-activate the system within the allowed time limit will trigger the alarm.

A security system uses a multitude of sensors to get feedback from around the property they are protecting. Doors and windows are fitted with contacts that separate on opening, such as when a burglar lifts a window from its frame, thus activating the alarm.

Another type of device is motion sensors with which any physical activity in the house is immediately detected. Heat sensors can detect if there is a change in the temperature in a room which will indicate the presence of a body.

You can also protect your windows from breakage. Should a thief try to break a window or door, sensors attached to them will cause the alarm to sound when the circuit is broken.

For the most secure systems, a combination of all the above mentioned devices is used. Also, CCTV cameras can be installed to provide visual tracking of a property. This can be relayed to a monitoring centre so that if someone tries to break-in, then they will be seen at the monitoring company’s office which can despatch a mobile security patrol to investigate.

The camera can also keep a record of the intruder for identification and evidence in a court of law when they have been apprehended.

Sometimes there can be false alarms such as when a motion sensor may be set off by the family pet or an animal roaming in the garden. Another situation is where a member of the house-hold moves at night also causes the alarm to sound. However, if the detectors are set correctly to monitor external entry points, this last situation will not occur. Thus most alarm systems have a provision to bypass the sounding of it when such scenarios play out.

There is also something called a monitored alarm which provides good all-round protection. In case of an intruder, an alarm sounds at a police station or at a professional security company. The security company will check to ascertain if the alarm is indeed true. This can be either via further feedback systems or by despatching a security guard to physically look over the house, office, warehouse or whatever is being protected. This type of service is increasingly being made available by security systems companies in Auckland to the public at large and is usually available for a modest monthly fee. This provides much greater protection than simply buying and installing a burglar alarm system.

A panic button can help get notice if an intruder is detected inside the house. This can be triggered at a monitoring center or rings out a loud alarm to attract the attention of neighbours.

Another advantage of this method is that if there are constant false alarms or failures in the system for some reason, then the alarm company is made aware of the problem and will provide a repair and maintenance service to have your system back up and running again

There are many security companies in Auckland. Some simply sell the components, while a few provide alarm monitoring too. However, very few also have access to mobile security patrols to follow up on any alarm.

Global Security Ltd is one of that small number of fully inclusive security services. Give them a call or visit their website www.globalsecurity.co.nz/ to get more information.

Knowing that you and your loved ones are always kept from harm’s way with the use of a fully maintained and monitored security system keeps many a person’s mind at rest. With the kind of protection available, it is not too expensive to protect yourself and family on a given budget.

Copyright © 2014-2021 Business Services in Auckland All rights reserved.
This site is using the Shades theme, v2.4.1, from BuyNowShop.com.